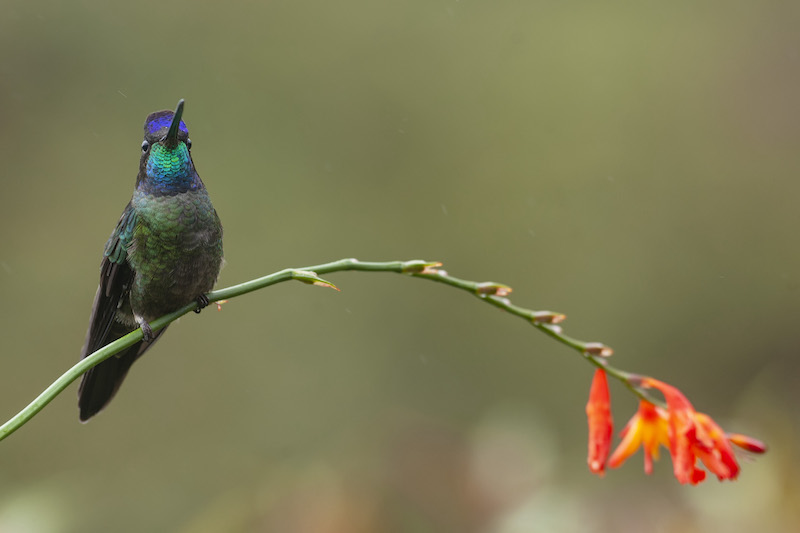 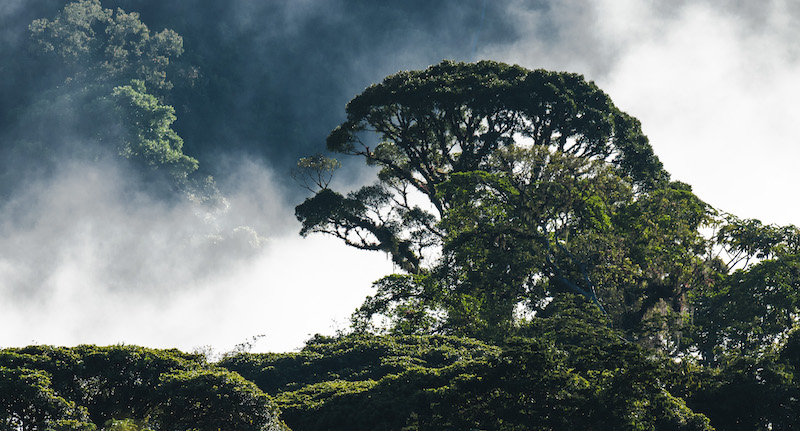 Without any doubt, the richest birdlife on the planet is found in the American Tropics also known as Neotropics; which stretches from southern Mexico to South America including the West Indies. No place on earth shows such natural gems compacted in a tiny country like Costa Rica. With a world’s land surface of only 0,03 %, it has nearly 10% of all avifauna ever discovered. More than 22 times smaller than Colombia with 1954 species in 1.142 million km2 and Costa Rica in 51180 km2 it has 941 species. In other words, there is a specie of birds in Costa Rica for every 5 ½ hectares meanwhile there is only 1 for every 584 hectares in our southern neighbour. This will lead to being nearly unfair to describe the biological wealth of Costa Rican birds. Therefore, we decided to divide our blog, not by families, orders or any other taxa related summary. Instead, we considered sharing our bird knowledge by regions from the North to the South and from the Paramo highlands to the semi-deciduous dry tropical forest. 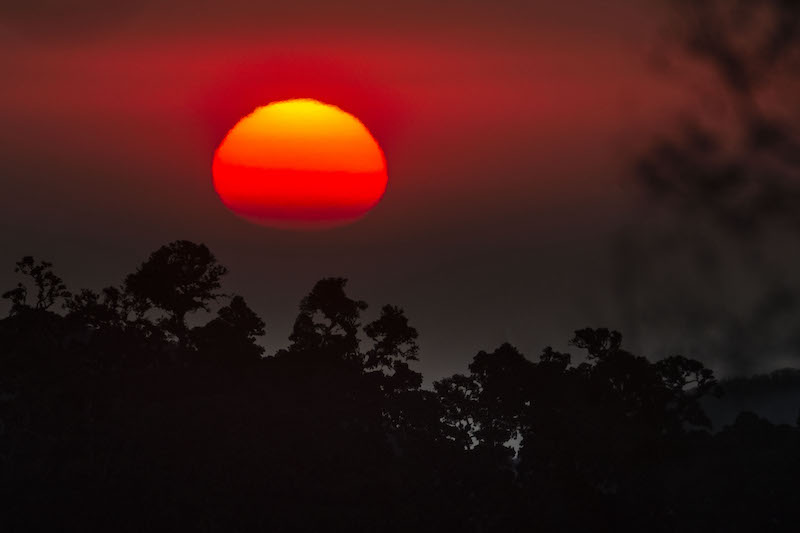 It’s important for the reader to have a story rather than a simple text talking vaguely about our beloved friends.

Upon arrival to Costa Rica whether you land in Juan Santa Maria’s International Airport or Liberia, Guanacaste birds would indulge your senses. At any single forest edge, abandoned pastures, rice fields or simply any vegetative growth along the roadside it would be easy to spot one or two birds. Unlike other countries, our birds are relatively comfortable with our presence. 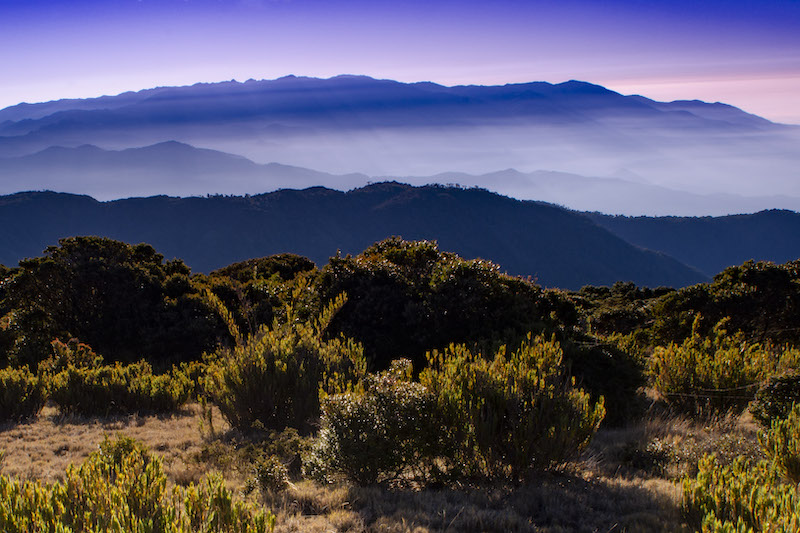 World-famous for having the largest population of Resplendent Quetzal and with endemic 47 species that are shared amongst all higher and mid-elevations. Such species are ranging from Sulphur winged Parakeets to dull ground dwellers like Silvery fronted Tapaculo. Talamanca ridge is subdivided into two large tourist sections ( when we mean tourist sections we refer to those areas in which travellers can actually stay). San Gerardo de Dota or Savegre’s valley. A hidden treasure (or at least a few years ago) nestled in the deep canyons carved by the Savegre River. One way in-out curvy road with two fantastic birding elevations. At the section between the Panamerican Highway to the down valley, the average altitude is over 3000-2800 meters and the base of the beautiful Savegre Lodge and Spa 2450 give or take. Meanwhile at the upper parts of the mountain species such as Black-billed Nightingale-Thrush, Volcano Hummingbird, Black & Yellow Silky Flycatcher exist at the lower elevations their counterparts occur such as Ruddy capped Nightingale-Thrush, Scintillant Hummingbird and Long-tailed Silky Flycatcher. Birding up and down the road edges or entering into the heavy cover forest of thousands of years old tropical oaks is a mind-blogging experience for anyone. Forest edges and hotel gardens. Irrelevant whether you stay at inexpensive cabins or more luxurious accommodations like Danta Lodge birds are found everywhere. Mostly endemics and a few others with a unique range as in the case of Maroon chested Ground-Dove a silent understory forager. For those with good lungs or used to steep hikes we strongly recommend hiking up the trails at Savegre Lodge, those are the only accessible walks into the giant oak forest. Species such as Ornated hawk Eagle, Resplendent Quetzals, Buffy tufted Cheeck, Costa Rican Pygmy Owl and Silvery throated Jay exist. It’s also worth mentioning their fabulous gardens as well as those at Trogon Lodge and Miriam’s Café.

Along the Savegre’s River birding trails.

Don’t miss it!!! Extremely rewarding, many mixed flocks take place here and to add all the bird species that may present themselves in front of you is vast; but we would like to add some of our favourites Streak Xenops, Ochreaceous Wren, Flame throated Warbler, Ruddy Treerunner, Spotted Barbtail, Barred Becard, Costa Rican Warbler to mention a few.

These locations are worth it for those seeking endemics, hummingbirds and very reliable Quetzal sights.

Is a much larger area to cover since includes Volcan Irazu, Turrialba, Poas, Barva, Juan Castro Blanco and the rarely visit Platanar. But there is a place only visited by locals and its found 30 minutes outside of San Jose in the quaint town of Coronado. Monserrat is sort of the combination of Monteverde Cloud Forest and Barva Volcano birds. This means that is an intermedia point between mid and high elevations. We wish to see this location to be transformed sometime soon into a new best birding tour destination.

As it was not enough of the marvellous views of the most active volcano in Costa Rica, this town famous for its rafting offers such an incredible diversity of habitats for birders that is really hard to comprehend how they don’t spend a full week here. Turrialba birding is perhaps the best in Central America if you consider driving to lower elevations along the Caribbean Slope, our good guess are that over 500 bird species can be spotted there in less than a week. Places such as Pejibaye, Rancho Naturalista, Grano de Oro, Canada, Tres equis, Turrialba Volcano’s trails, CATIE, Santa Rosa, Guayabo National Monument are just as good as it gets. But during this small summary of highland birding, we will focus on the 2500 meters above sea level. The base of Torre Alba Volcano (original name) is full of invasive agriculture, very little of its natural habitats are left unless you go to the less traffic site of Santa Rosa where still is some natural forest cover. Seasonal birding can be done at the national park but you must coordinate with local guides since the governmental officials change constantly de access due to volcanic activity and they are not very keen on updating website status, therefore; contacting a local tour guide is a better bet.

Needless to say, access to the national park is better during weekdays on weekends get pretty busy with local tourists on bikes, hiking or some other physical activity leaving very few birds for our enjoyment.

Keep in mind a few things for Turrialba Volcano Birding: Coordinated with local guides, aspect to be cold and rainy, understand that you might see birds here that are rather hard to find on similar elevations so be fully prepared with a recent bird list; try using Ebird or similar.

Unlike its twin brother this national park receives a large number of visitors per day and offers scares birding within the park grounds but little before entering the adjacent forest can be as good as any other highland birding in the country. Pretty similar birds as at Turrialba but much more comfortable to explore. For those with plenty of time, both volcanoes can be hiked in a day.

A good blend between comfort and birding, it’s a secret that this stratovolcano is our most touristy national park but still the not so travelled trails are full of bird possibilities including Resplendent Quetzals and other highland specialities. If you are near the airport this can well be the closest highland birding you can do and its well worth it. Another wonderful thing about this section of the Central Volcanic Range is the fact that within 1 hour away towards the Caribbean slope many new species will occur. Driving to Cinchona area offers you the top 10 quality birding. There are several popular lookout points for birders but we suggest going to Virgen del Socorro area. Good birding is an huge understatement for this place located at the lower slopes of the volcano. Here is one of the few places to target Lanceolated Monklet, White-crowned Vireo, Great Green Macaws (yes, you wouldn’t aspect to see one so high up in the mountains, Rufous-rumped Antwren, Torrent Tyrannulet, Rufous-breasted Antthrush.

You might never hear of it but it’s an absolute paradise for birders, basically, all highland species listed above for other sites but with nearly no one else around. To us, this is that type of place on where you feel like a true 16-century explorer. 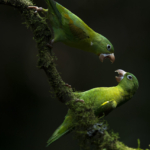 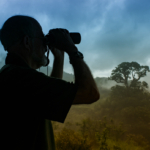 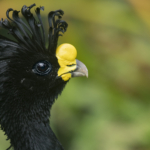 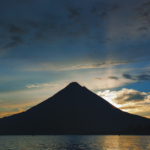 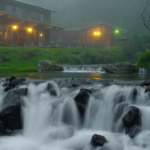 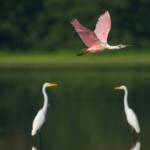